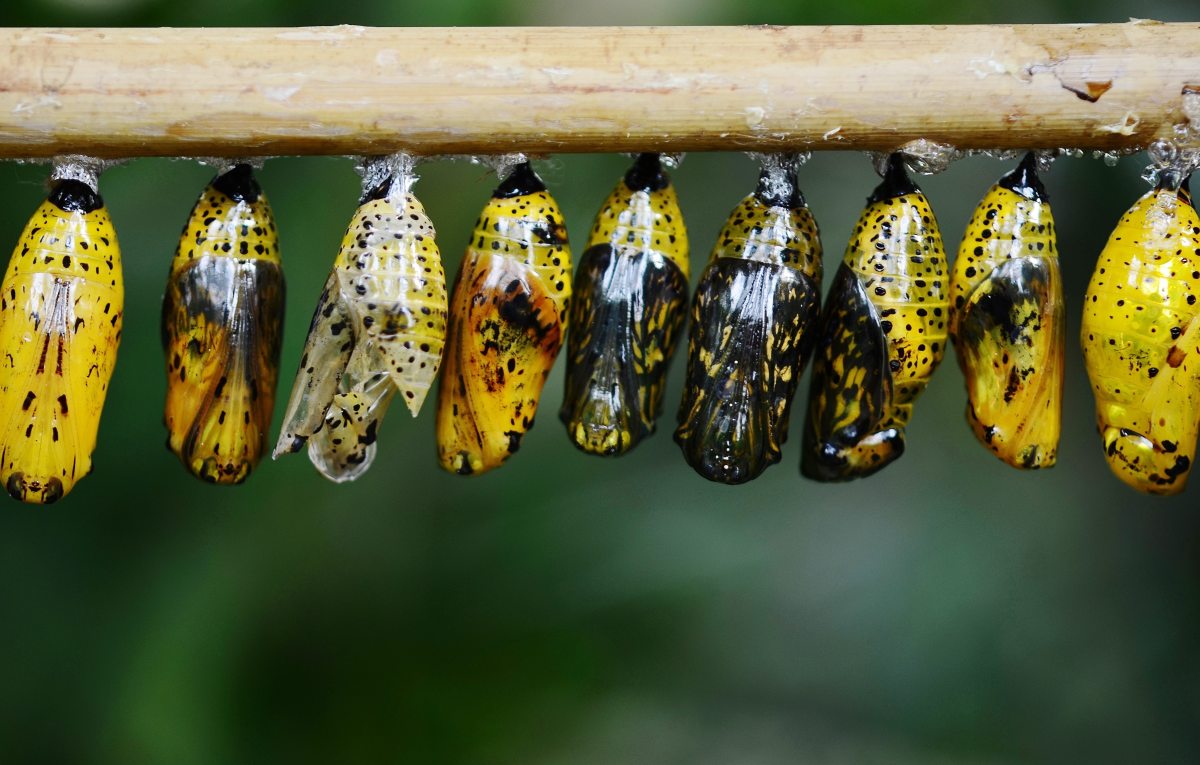 I used to catch ideas (which are so like butterflies, it almost seems cruel) by leaving myself answerphone messages on the home landline. The light would flicker at me when I got back in the warm at the end of the day: “hello,” glowed the message from a past me of oo, hours ago; “remember me? That light? Here I am. Take off your coat, grab a pen and stroke me.”

Work is different these days and so’s my tech. Now I use my mobile’s Voice Memos like a dictaphone when I’m on the move. It’s brilliant. I caught a whole HUMUNGOUS beast of a story in the Highlands this summer this way, and she and I (she’s a she, this one, and no butterfly, believe me) are turning her story into a play – SKIN – of which more in other times and places.

Another way I write is through my “morning pages” (check out The Artist’s Way, mentioned on this site and elsewhere). There, first thing in the morning, I go “into the zone”, picking a moment from the story to explore. This stuff tends to come out in the present tense and from the point of view of one character – and FAST. It’s got more in common with a cartoon, comic, a graphic novel – there are greater “reveals” as I move (am moved!) from frame to frame, moment to moment.

Why share these? ‘Cos you might like to try a technique or two you haven’t tried before. Because this way of writing – straight from the back of my brain, perhaps – always brings up surprises. It feels much more like the way I used to write when I was a child. And now I’m enough of a grown-up-enough writer who can use her craft (and pervy love of structure), I don’t worry too much that it’ll veer way OTT – and if you’re interested in getting that balance, do check out Linda Aronson’s new book, The C21 Screenplay (thanks, Santa – and everyone else, that’s an affiliate link and I might make a few pence if you click it and buy).

I’ve just been writing up the morning pages scribbles and the audio notes. Their energy is completely different to what comes up when I’m at a computer or a blank page.

It’s not a substitute – it’s a part of the process (just like turning the first draft into a graphic novel – with colour and everything – is a great way to find what BORES me.) It’s energy-full, almost unconscious writing – and a lot of fun if you have the discipline to turn it into something afterwards. Treat those writings with respect and let them fly!

Hope this was useful to someone. Let me know if so! Comments, below:

I heard about it.

I saw it in a friend’s vast personal library.

It sat on my shelf for a year.

I’m reading / doing / taking / following The Artist’s Way. It’s a course in a book. I’m fed up of feeling my work is stale, fed up of the negative pixies who get to party when I get  statistically likely “thanks, but not today” emails, and I’m fed up of the whispering mists of pessimism and poverty.  And that’s enough indulgence in evocative eurghhhiness.

Because this 12-week thing (I’m reaching the end of week 5) is great! Jolly! Freeing! Happy-making! OH, MY GOD. I’m the Me I that adult me thinks I was when I was 7! (Creating for creativity’s sake, full of curiosity, mischief, devil-may-care fingery-pokery).

Talking of “God”, it/s/he crops up a fair amount in this book, but don’t be put off. While author Julia Cameron has a strong faith, she encourages readers to think about their own “god” – whether that’s the “creative force”, a muse, or a deity.

So much good shit is going down – as they say here in the streets of Bath all the time – and it’s not all about improving The Writing at all. But WHAT a relief to….

It’s a bonkers example, but I applauded – actually clapped at – the telly at the end of this week’s Line of Duty. See what I mean? I’m so proud to be loosely in the same profession as Jed Mercurio, how could I not? Ditto the finale of Chris Chibnall’s Broadchurch. Hats off to them and the creative teams around them.

So – is this intriguing you? Be warned. There’s a crocodile. Week 4 is “reading deprivation” – no TV, films, books, papers, voice radio, mags, emails, social media…

For twenty months, while my life was fat with “material” (running away from domestic abuse with a freshly-two year-old), it was thin on cash. As the months went by, the rent went up, the flexible hours vanished and the hope of ever getting a mortgage and stable home shrank into the distance.

I planted every creative seed I could think of (and that energy allowed): theatre and film competitions; TV pitches; feature treatments…all unpaid, but them’s the breaks. Alongside, I applied for jobs, jobs, jobs…

Some of it was hilarious. There was an Officially Exciting BIg Theatre Interview. On the application form, it said, “Tell Us Why You’d Benefit From This Opportunity…” – and they got a shame-faced / chin-up statement about being a single parent writer  hundreds of miles outside London: the lack of bar-led chances to gel, the niggles of childcare and travel… Then kalloo-kallay! I got an interview! At 9am on a Monday morning…

After that long period of fallow, and superb support from other artists (you know who you are; and it’s not gone to waste), I had so many seeds underground, I was eye-high-filthy and spent – both financially and creatively.

No single project could justify my focus – because no single one showed any more hope than any other. I ended up running up and down empty rows of soil, again and again, doing absolutely nothing of value and no-one any good. Surely ONE of them must grow? There must be a magic bean in there somewhere? Now? Now? Now?

I was very lucky.

Someone put me forward for a job. The Other Job, the one that pays the bills. It allows me to work as a well-paid, qualified professional and even gives me the flexibility that single parenthood demands. I travel hundreds of miles a week to do it but it’s worth it – the considerations are not My Art (yup – bum firmly in air as I say it), but whether my just-four year-old is OK with it.

Being an artist is a luxury. It requires head space, an absence of survival-fear and the room to roam in your mind.

These things can be taken for granted by people who have others to fund them, care for & protect their offspring. …Is it any surprise that white men dominate the arts when they – perhaps more than any other group in this country – can most easily avoid the imaginative and creative paralysis of poverty?

I’m extraordinarily fortunate and I know it. If you’re looking for a lesson, then the only one is don’t panic. (And if you’re still in school / college, always make sure you have a Plan B….)

Wow. Thanks massively to Phil Gladwin at ScreenwritingGoldmine for sharing this. A calm, thoughtful interview with Brian Eno:

I met a man who refused to read Keith Johnstone‘s amazing book, Impro. It’s a stunning book – my new bible, a discovery I rave about, which half the theatrical world grew up with (I say half; I mean actors more than anyone else.) I can’t recommend it enough, so that’s ’nuff said on that.

So. This man. Who refused. Because? Because he wants to keep his own ideas untainted. Keith Johnstone (I suspect) could not have agreed more. This man – a painter, film maker, composer and general “maker” of art, who calls himself a scientist more than an artist – seems to me to be on a life-long exploration of the human brain’s capacity for magnificent, artistic output. He calls it invention, rather than creation.

We talked synaesthesia and scrying and how they feature in the work of Farraday, Edison and Einstein – I meant to mention Dali’s dozing off with his hand over a bowl of water (he falls asleep, the hand falls in, it wakes him and he would quickly access his semi-conscious sleep-mind and draw whatever he had seen), but forgot. I threw in Johnstone’s last chapter on mask work and we both got gleeful about how important it is to surrender responsibility for your story or your invention; your “character” edifice, in which you have so much invested, will hold you back from being genuinely inventive / creative.

The silly thing is, we met at my much-loved father-in-law’s funeral. It was a coming-together of so many interesting people. He’d have loved to listen to the conversations. So: two personal lessons came from this: (1) have more parties with good people and (2) share what you find, as I am here. Any thoughts, please do leave them below for others.